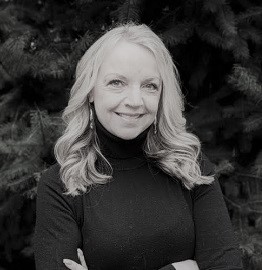 Julie is from Covington, WA and grew up dancing in studio from age 6 in ballet, tap, and jazz. She moved into the high school dance team world at Kentridge high school as a member and then also coached the team for five years in the 1990s. After having her first child, Julie transitioned from coaching to judging and has been judging ever since. Julie also was actively taking lyrical, jazz and hip hop for several years prior to starting her second round of coaching at Kentwood high school. Kentwood primarily competed in dance and hip hop for the seven years she coached, where she won WA State coach of the year in 2016 and 2018 and two state championships in 2015.

Julie has been involved on the Board of the Washington State Dance/Drill Coaches and Judges Associations (WSDDCA and WSDDJA) for a number of years and is the current Vice President of the WSDDJA. She also served on the Executive Board of the Washington Officials Association (WOA) and is now actively involved with the National Dance Coaches Association (NDCA) in the judges credentialing program and has enjoyed judging nationally for Dance Team Union (DTU) this year.  Julie was named WOA Official of the year for Spirit in 2004 and Judge of the Year in WA State in 2009. She also received the Meritorious Service award through the WOA in 2012 and was voted into the WSDDCA Hall of Fame in 2017.

Julie’s passion is helping turn young dancers into thoughtful, effective leaders and helping them become the best version of themselves in every way. She received her Master's Degree in Leadership from Grand Canyon University in 2010 and her undergraduate degree from the University of Washington.